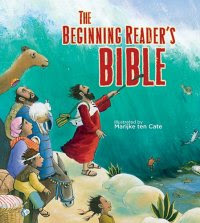 What I loved:
The illustrations:
Our younger children commandeered this book as soon as it came in the mail, no doubt attracted to the beautiful illustrations. The illustrator does an amazing job, the pictures accompanying each story are beautiful and who doesn't love a Jesus actually depicted as a middle eastern man? 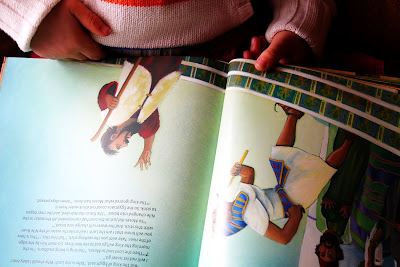 The resources:
The book contains twenty six stories from the Old and New Testaments and twelve resources for children, including prayers from the Bible, books of the Bible and the ten commandments. As a story book of abbreviated Bible stories, this is a winner.
The sinner's prayer:
At the end of the storybook a sinner's prayer is included. It seems to be a no-denominational, scriptural based prayer and I thought that was a nice ending to the book. 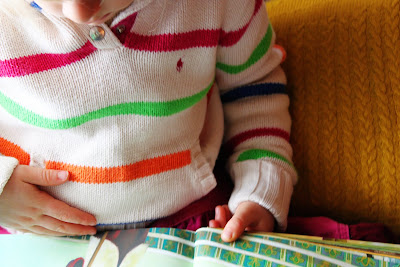 So here is what I wasn't fond of:
The translation.
The text is taken from the ICB and so you'll notice any trinity references in the Old Testament are missing and there are gender neutral references (people instead of men). For our family, this isn't a big issue since they are read to from an actual Bible daily, but it is worth mentioning. 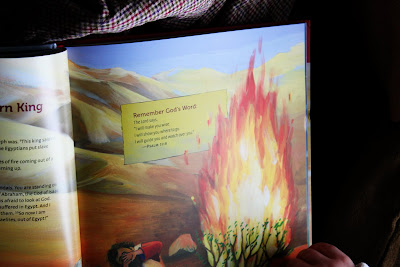 The title.
This is not a beginning reader's Bible. It is also not the Bible, it is a storybook. The stories are paragraphs long and the words are big and so the title is deceiving in the "beginning reader's" part. Again, not an issue unless you are specifically purchasing a book intent with a new reader being able to read it for themselves. 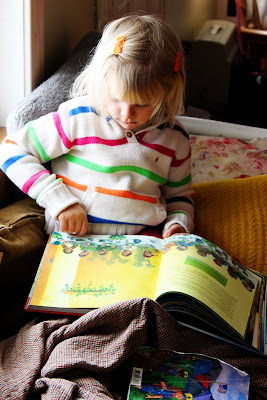 Fine Print: I was sent this book by the publisher to review. It's freeness did not influence the content of the review.
Posted by Me at Wednesday, February 02, 2011

Our family likes The Big Picture Story Bible by David Helm. We just finished going through it with Abe and Maggie and started back at the beginning again! They love it, look forward to the daily reading of it, and have learned a lot from it! Great for younger kids and toddlers.
http://www.amazon.com/Big-Picture-Story-Bible/dp/1581342772

What?! Jesus wasn't a blue-eyed caucasian?! ;0)
I enjoy seeing Jesus looking like a middle-easterner myself, and disciples too. It always kinda makes me laugh, seeing the cultural hodgepodge they generally seem to be.

We have the Jesus Storybook Bible, one I cannot recommend highly enough. It is fantastic, pointing out how everything, starting clear back in the old testament, points to Jesus. I get choked up reading it. Beautiful, simple drawings and another middle-eastern looking Jesus!

We are always on the lookout for a good kids Bible, or as they mostly seem to be "Bible", so I'm tucking this away for the future-thanks!