Thank you to all the Mother's 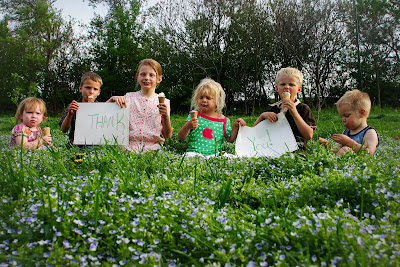 "The modern challenge to motherhood is the eternal challenge — that of being a godly woman. The very phrase sounds strange in our ears. We never hear it now. We hear about every other kind of women — beautiful women, smart women, sophisticated women, career woman, talented women, divorced women, but so seldom do we hear of a godly woman — or of a godly man either, for that matter.

It needs women who are willing to be simple. The world has enough women who know how to be brilliant. It needs some who will be brave. The world has enough women who are popular. It needs more who are pure. We need women, and men, too, who would rather be morally right that socially correct."
Peter Marshall addressing the US Senate in 1950
You can read the rest of his speech here, which is well worth the read.
(thanks to Doug Phillips for this great quote)
Posted by Me at Saturday, May 08, 2010

This is one of my favorites. Thanks for reminding me! : )

It's so refreshing to read your blog and know that I am not the only person on the face of the earth who thinks this way. Love your thoughts on life, family, home, and God.

Happy Mother's Day to you.

What a wonderful post, so glad to visit and be encouraged by your blog. Blessings to you!

Hannah, that picture is irresistible!