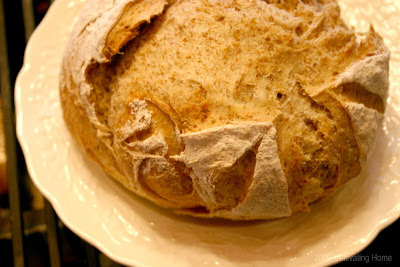 Did I ever mention the time I took my kids to jury duty?
Something reminded me of that day many years ago when I pushed a stroller through the metal detector, toddler in hand and made my way up the elevator to that crowded room of disgruntled people.
There conveniently wasn't a number on the summons that you could call if you were in the hospital, or say, the mother of two dependent children, one of which was still breastfeeding...
There was however, that threat of being arrested for skipping out on a jury summons. So, two children in tow, there I was.
When my number got called, I sat before a disgruntled state worker who looked up from her paperwork to her computer, caught a glimpse of the three of us and asked, "How did you get in here with them?"
"They're mine."
She looked annoyed.
"Don't you have a neighbor who can watch them?"
"No." (My address was right there so she knew I didn't live in the best part of the city...)
"A relative?" she asked peering into the stroller where infant Andrew Douglas was babbling away.
"No."
She was quiet for a few minutes, tapping her pen on her desk.
"Ummm.....How about I take you off the jury duty list for a few years."
"That would be great."

Needless to say we were dismissed. Just so you don't think I'm an anti-doing-my-part-in-the great-justice system kind of person, I sat on a jury a few years prior to that second summons. The verdict was not guilty.

On a second side note, one of the neighbors she suggested I leave the kiddos with was shortly after arrested for grand larceny on thirty or so counts. So that's where our lawn-mower went...
Posted by Me at Wednesday, March 11, 2009

Ha Ha! You go girl! I too am all for doing my part. When it comes to being a mother of small children, however, give us a break, right?! I would have loved to have been a fly on the wall in that court room! ;)

I'm glad you wrote this post! I have been summoned to appear on Monday, and, as luck would have it, my mom will be visiting. I figured I'd leave my little one with her, but now I really think I'll bring Abbie with me. When my mom's not here, I have no one to leave her with, and no one to meet my children when they get home from school. I can underscore that point by bringing her along! ;)
As for fulfilling my duty as an American citizen, I would have been MORE than happy to serve during the years before my children, but was never called!

Funny , Thanks for sharing.

:sigh: Your blog brings me such peace when I read it.
It's among my favorite to read.

oh my! It drives me insane that people think you can just leave your kid's with who ever! What is the most fustrating thing is going to spend your day there pay for parking eat out of a vending machine only to at the end of the day find out your not needed.

I just got a notice and called and let them know I was a stay at home mom and that we shared a car so I would not have a car to go there. Now my Husband just received one this week and he's on crazy overtime before being laidoff in May so we need him to go to work so I told him to call them and state just that,...and that we shared a car of course.

What a hoot! I just love the looks you get in public. I have three under the age of 5 and I take them with me everywhere I go and I've an opinion that if you can't do it with your kids in tow you need to think twice about doing it. I took my kids to Kroger one time before naps and before lunch and it was past time for both and it was...interesting. Baby crying. 3 year old pitching a fit and 5 year old singing "Jesus Loves Me" at the top of her lungs. I knew kids were good for tax refunds, but getting out of jury duty? Never thought of that!