John Abbott on the Christian mother 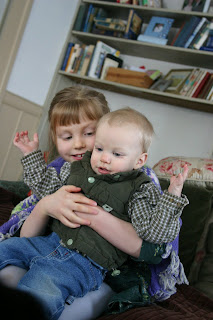 "Teach them, for example, that when their father, or you yourself, assemble them for morning or evening prayer, it is not a mere form, or a duty that they are to witness merely, but to take part in. Teach them, on the other hand, that they have themselves an active and important duty to perform at these seasons.

"When your father reads the passage of scripture," you can say to them, "you must not be inattentive, but must fix your thoughts upon what he reads, and to apply the instructions to your own case. And as he addresses God in prayer, you should silently repeat after him all the words of his petition, trying to make them your own. And thus you should make the season of family prayer, a season in which you not merely listen to your father's prayer, but engage in devotion yourselves."

It will not be sufficient to inculcate such a lesson as this upon your children by precept alone; you must lead them to such duties by your example. They must see the evidence of a sincere spirit of devotion in you." John Abbott 1833

What wonderful quotes! Thank you for sharing!

What a wonderful post, Hannah. I was just reading it when my son walked out. I was reminded by this quote that we needed to have scripture and prayer still. I try to have it every night but am not always succesful and may have forgotten tonight. So, thanks to you for your righteous thoughts this day. :)