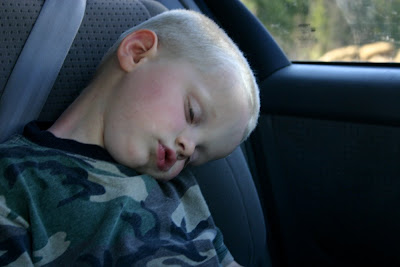 We quickly planned a trip up to the cabin, with a stop at the spring to fill our water barrels. The smallest ones napped, and, yes, he sleeps with his eyes cracked. Sean does it too and a few of the others and I think it is hilarious. Sean says it is a survival of the fittest thing. 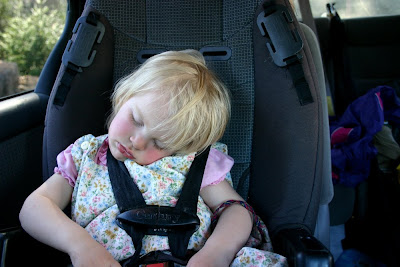 After filling the water containers and loading them into the back of the van, we turned off onto the private road that leads to the cabin. It looked muddy. It was. We turned around to leave. We got stuck. 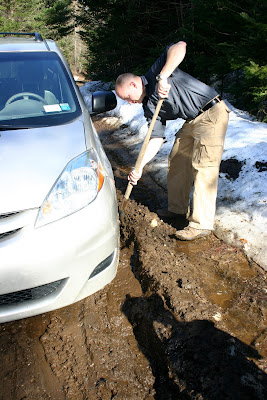 In a lot of deep mud. 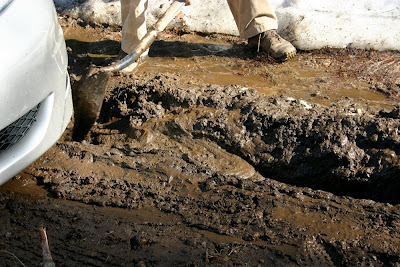 Sean grabbed a shovel from my Dad's house, not far away, and began to scoop away the pudding like mud and it just sort of flowed and oozed back into place. 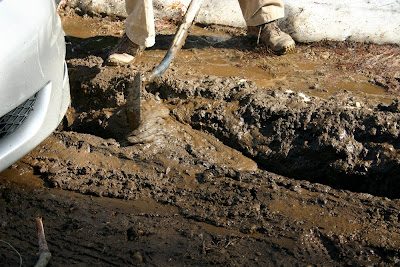 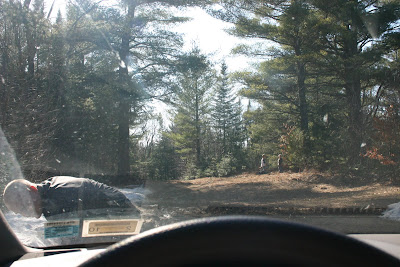 I gave the kids a bag of cookies, a bin of carrot sticks and a container of water. They climbed out and sat on a little hill up ahead and watched. 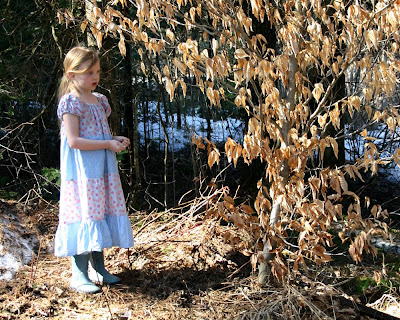 I climbed over into the driver's seat and knitted in between Sean's directions to, "Put it in reverse now, ok, turn the wheels to the left," and "ok, lets try going forward...." 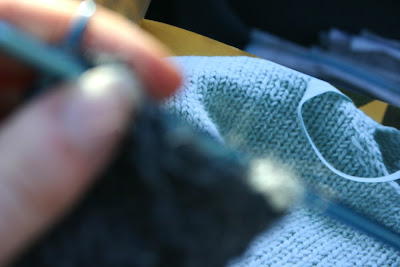 The tires went and spun and whirred but the bottom of the van was wedged nicely on a block of mud while the tires hung in the air. It didn't look good. Another shovel later, I started digging too, Sean having worries about me going into labor with no transportation. I told him it would be memorable... 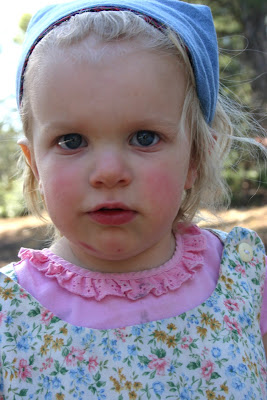 We do have trusty AAA but Sean had serious doubts about any tow truck being able to find us in the middle of nowhere off of three dirt roads so he kept digging and lifting the van as I tried to drive it out. 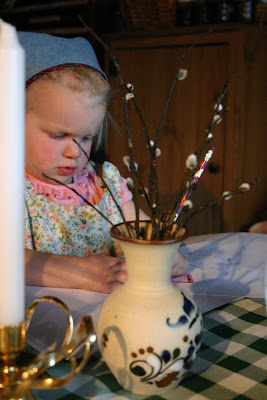 My Dad and stepmom came home to their house a few hours later. Since we had planned on dinner at the cabin, the van was stashed with good food and I used their beautiful old gas stove to heat it.
Catherine drew.
Meanwhile Sean was still out digging and trying to use a come-a-long to get the van out. 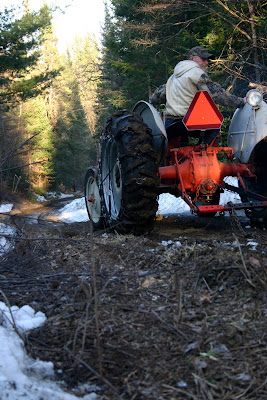 My Dad went to get the calvary, which was one nice retired NYPD from down the road with a 1952 tractor. 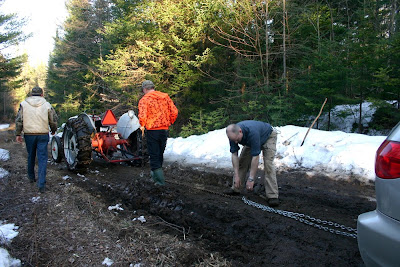 My now the sun was setting, our afternoon jaunt turning into a late evening one. 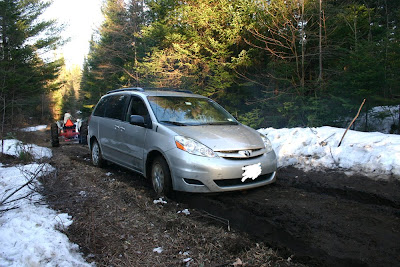 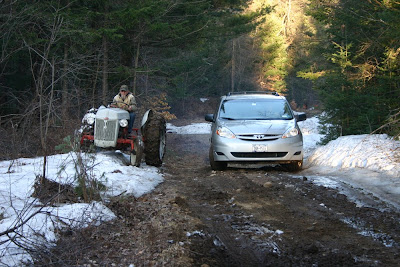 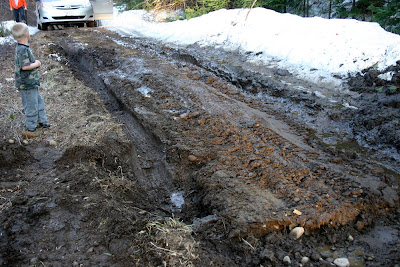 So, yes, an almost sixty year old tractor pulled a 2 yr old vehicle out of the mud. I loved the irony. Have I mentioned Aiden and I love old tractors?
The retired cop took one look at my belly and told me how he has delivered eight babies. Two in the back of his police care and six in subway bathrooms. Had I gone into labor, I guess I would have been alright.

What an adventure! You were equipped in every way!

What an adventure! I'm sure your family will talk about "that time the van got stuck in the mud" for many years to come.
I continue to enjoy your blog, and your photography as well.
:-) Beth in NC

Oh how funny, I can only laugh with you because we likewise have a 1957 tractor that was recently put to good use. Inevitability every time we get snowed in my husband and kids just have to try and get out! We seem to get every vehicle we own stuck, in comes the good old tractor. I am sure they almost enjoy the challenge of hooking up the chain and heaving huge objects out of deep snow. Mud is not quite as amusing! You maintained a pleasant attitude through it all.