I cannot believe how quickly this week has flown! Hopefully the next six will fly by as well!
One of the downfalls of being a business owner is that Sean only gets off federal holidays. Today we are all enjoying a slow morning of homemade waffles with syrup from the trees out front, happy children, and a new puppy that leans his head on my shoulder while I sit at the table. 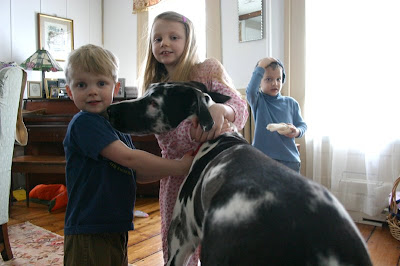 Yes, he is a puppy. Almost eight months old and a blessing to our family since he comes house trained and loves children. He is living up to the breed's reputation of "Gentle Giant". Brutus is his name and we'll keep it at that. 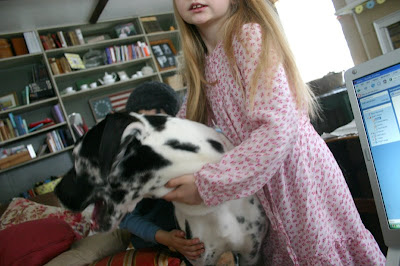 His head reached our seven year old daughter's shoulder. His father reached the middle of Sean's chest. Great Danes have always been one of our favorite breeds of dogs but because of their cost we didn't think we'd be able to enjoy one until our children were grown. Brutus had been returned to the breeder by a woman in the military who had to move and we paid about a tenth of what they normally cost. Mostly he likes to lay around or chase the kids in circles around the table.
Bear-Bear's nose is a bit bent out of shape, even though she is receiving plenty of love and attention. Outside the dogs play wonderfully together but indoors, Bear is territorial, gathers her toys and lays on top of them and makes a belchy sort of growl if Brutus comes near them. 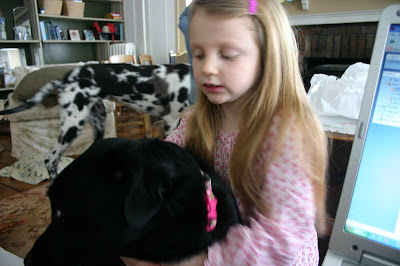 Earlier in the week Sean and the small ones went for a walk in the fields while I finished dinner. They came across this mild mannered fellow, just out of hibernation, who was happy to be the center of attention. 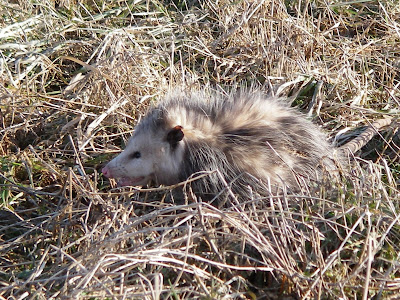 Spring must be coming, right? This morning it is snowing and in the 20's. Have a wonderful Good Friday reflecting on Jesus's love for you. 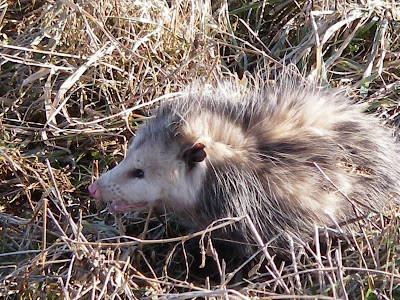 Another dog? Wow. You guys are living the dream.

Funny. I don't think most Americans idea of a dream life includes five kids, ducks, chickens and two dogs!
We're enjoying it though.

HA HA! The image of your dog scooping up all the dog toys, laying on them and defiantly refusing to share made me chuckle!

I'm a German Shepherd fan myself but every Great Dane I've know has been a wonderful dog with kids.