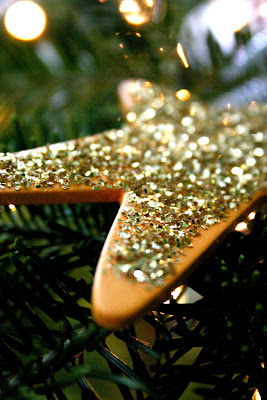 Abram was a very, very rich man. He had huge flocks of sheep and rams and herds of cattle in the fields around him. Abram owned them all. Many, many servants called him Master. The servants worked in his large home and in his many fields. They protected Abram’s land too. Abram had very special land. Besides being home to his sheep and cattle, it was very fertile. This man named Abram had enough food for his house and all of his servant’s homes.
Abram had a beautiful wife named Sarai. She was one of the most beautiful women in all the land. Her hair was long and black and her eyes were big and brown. Even though Abram and Sarai were rich, they were very poor in one area. Can you guess what they were poor in? Abram and Sarai had no children. There were no little sons climbing upon Abram’s knee and calling him Papa and Sarai had never held a little infant of her own in her arms.
Abram stood one morning and looked out over his fields and flocks and servants. The sun was rising over the hills and the sky was turning to blue. It was a good place to live, he thought. God had really blessed him here.
“Abram!” God spoke suddenly and loudly.
“Yes, God” Abram answered. Abram feared and loved the Lord and listened to what He said. The Lord God told Abram to take his flocks and herds and servants and all of his family and go to a new country.
“I will bless you there,” said God.
Abram listened right away and packed up his belongings on camels. His servants packed their things too and a long camel train with sheep and donkeys and cattle and chickens made its way to a new country. Sarai sat in a special chair atop the two humps of a camel. The chair rocked back and forth as the camel walked. Abram did not know where he was going; he only knew God could be trusted.
After a long journey, Abram settled in new land. His flocks and herds loved the new grasses and they flourished and grew and multiplied. His servants too, loved the new land. Everything Abram owned grew and multiplied until he was even more blessed than he had been before. Still, Abram and Sarai had no children.
One quiet night, Abram stood in the door of his tent, watching the night.
“Look up,” God told Abram. Abram looked up at all the stars twinkling and at the moon shining so brightly.
“Can you count those stars?” God asked Abram. Of course, Abram could not. “As many stars as there are, that’s how many children, grandchildren, great grandchildren and descendents will you have, Abram.”
Abram felt hot tears running down his face. “I believe you, God” he said. God changed Abram’s name to Abraham which means Father of a Multitude.
We hang these golden stars on our Jesse Tree to remind us of God’s promise to Abraham.
Do you know that one of Abraham’s descendants would be born in a little stable in Bethlehem?
Posted by Me at Tuesday, December 04, 2007