(all prints availabel at allposters.com)

We usually have a date night each week, Sean and I, now that we have a regular babysitter who loves the kids and takes great care of them. (What a blessing!)
This past Tuesday night we went to a favorite little place called Pho House of Noodles. It is an extremely simple place and the decor isn't anything to drool over but the kitchen is clean and the food is expertly prepared. Sean enjoyed one of their signature soups and I had their curry, which is one of my favorite dishes there.

We enjoy giving our business to the owner, Chenda and her step mother, who both do the cooking. Chenda's 10 year old son takes the orders. Almost a year ago, the husband had a severe stroke at a fairly young age and is still in the nursing home without much improvement., unable to speak.

After our meal, Chenda asked where our children were, as we usually bring them and order a big dish of vegetable fried rice for them. We chatted for a bit and when I mentioned that the children are home schooled, she was amazed as she had never heard of this. Her son will be going to public middle school next year and she is very worried about the influences there.

Without our asking, she went on to tell us her life story, and Sean and I were simply amazed.

She was 13 when Kmer Rouge http://en.wikipedia.org/wiki/Khmer_Rouge began his killing sprees through Cambodia. 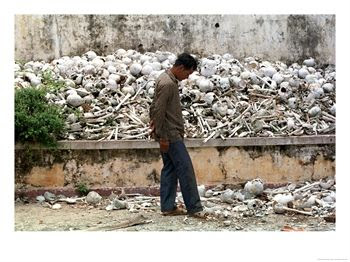 She watched as her mother was burnt to death in their village, escaping with her two younger siblings, a three and seven year old. She had no idea if her father was alive or dead as they had become separated. There was no food. She was responsible for finding food and taking care of her little brother and sister and keeping them alive. "Of course," she said, explaining why she cannot home school her son, "there was no school." In time, the three children ended up in a refuge camp for children. "There were thousands and thousands, every where you looked - children- no parents." 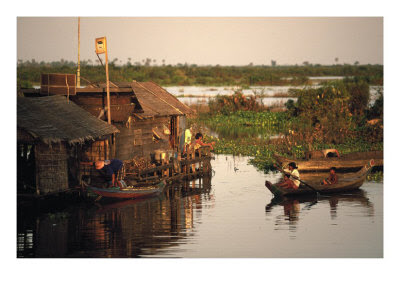 And then a small miracle happened. Her father had escaped and made it to America. A family friend working in the camp in Cambodia recognized his children and notified him at once that they were alive. This was 1991. In 1993 she and her siblings came to America to live with her Dad and step mom and now Chenda is an American citizen.
Sean and I sat still for a bit in the truck after we left. I cannot imagine such a life. Can you imagine surviving a childhood like that, and then being put in the place of being a single mother when your husband becomes ill, responsible for running a business and raising a son? All without the Lord. Chenda and her family are Buddist. She tells her son, "You don't worry. I've had a hard life, you will have a good life. I'll work and you learn at school." I'm struck by her mother love and grieved that she doesn't know the Lord.
Pray for Chenda with me, will you?
Posted by Me at Thursday, October 18, 2007

Wow that is a powerful story. It never ceases to amaze me the story that each person caries with them. I can not imagine that kind of pain. Thanks for sharing Hannah.