A friend shared with me a story of how this past year a woman she's know since her youth, who mentored her and paid for her college education refused to see her, telling her that she's become too "common". 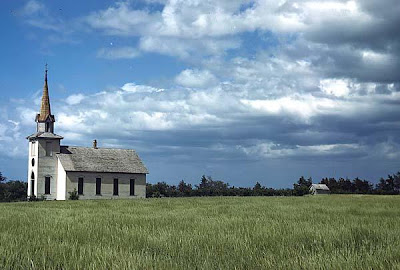 I wish you could meet my friend. She's lovely. Her husband ministers in a small town church, having chosen this particular denomination knowing it was a mission field filled with religion but lacking relationship. There's a passel of boys in their home who are as well behaved as little boys ought to be and so nice to have around.


Her story shocked me and I could tell it had hurt her. Who of us would want to be called "too common", knowing we've disappointed someone we respected but also knowing we weren't at fault?


I hope my friend realizes that God uses the common, even choosing them for the most important roles in His master plan. A tax collector? Fisherman? How about a modern day grocery clerk, bank teller, and pastor's wife?


I began to think about common people in God's word. Joseph came from a wealthy family but became a slave whom God used to save a nation from famine. Deborah was "just" a woman who ruled with divine authority. Mighty King David was a shepherd. From shepherds and slaves to prostitutes and an illegitimately pregnant teen age woman, all became vital and important players in the story of our Salvation. Common? Low class? All of them.


I' m convinced God chooses to use the common because He can shine through them. The common don't have big titles of importance to block the view of God or prestige that will compete for attention.


It all urges me to be content in being a common housewife and Mama. Be encouraged too.

How terrible for your friend! I hope she realizes how this person who was once her friend has developed issues that have nothing to do with her. Most people most secret dreams have much to do with a "common" life that is really not common at all. A nice home, decorated with the love of a family and shared happy times and loving memories is a rarity these days. Inner peace is even more so. I am sure your friend is probably already aware of this but the other woman needs much prayer to quell the jealousy and disturbance that would cause her to lash out this way.

It very sad and insensitive for someone to say that, especially since the person who said it was a women. And knowing herself the desire of women (which can be good and bad) to be special and important, it is to me especially insensitive. I agree with what you said Hannah, about God shining thru the common, but I want to tell YOU that there is nothing COMMON about a God fearing and God serving woman like you! You are one in a million!