The Value of our Older Generation 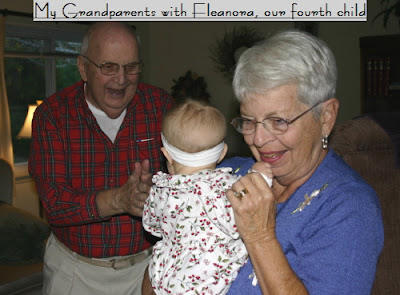 marriage weathered two years of separation while my Pop-Pop lay sick in a TB hospital and my grandmother visited on weekends. One of Grandma's pregnancies also ended in a painful miscarriage. Living out "in sickness and in health" has been a part of their life together. They moved their little family out of the city to a small snowy catskill town. My Pop-Pop taught history and drove a school bus until retirement. There they raised three handsome boys in the country. Cancer later took one of their son's life and my Pop-Pop has also batteld cancer.

My Grandma is the best homemaker I know. Born in the 1920's, she was raised by a generation of women committed to the art of homemaking. Keeping and running a household wasn't something you mumblingly admitted to like it is today. No one was ashamed of being a homemaker or felt the need to make excuses for it. No one asked in social situations "oh, and what do you do?" Guests in your home saw "what you did" and how well you did it. My Grandma keeps a home with excellence, even now that she is eighty. Even her sheets get ironed! The 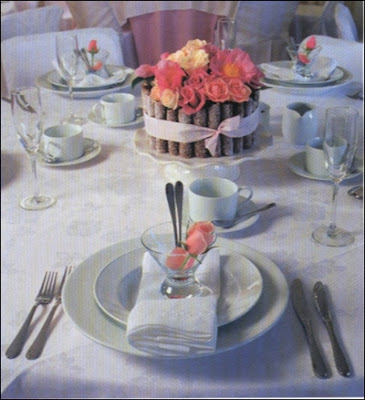 meals she cooks are delicious and not only that but her table is always set. By "always set" I mean beautiful dishes, tablecloth, placemats, cloth napkins, water glass, wine glass and centerpiece. I like to say that my lovely Grandma has more taste in her little pinky than most people acquire in a lifetime. That taste oozes out into every room in her home, her wardrobe and her mannerisms. And now that my Pop-Pop has been unwell, she has cared for him with grace and dignity while having a knee replaced and foot surgery.
Pop-Pop is one of my favorite people. "You know you are my second favorite girl" he always reminds me. The first favorite being my grandmother, of course. As a little girl, nothing was quite as nice as curling up on my Pop-Pop's lap and listening to him read. Pop-Pop was raised in the early 1900's in a well-to-do home that was hit hard when the stock market crashed. Old family photos show him wrapped in furs with his nurse and on vacations by the sea. Besides teaching history, he became absorbed with the subject and is a living encyclopedia of America's past. His ancestors were some of America's movers and shakers. Particularly of interest to him is the history and stories of Native Americans. Here is his book which you can find on http://amazon.com/ 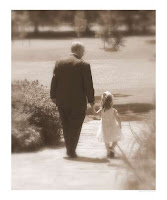 I grew up in a disfunctional home and some of my respites from the crazy world were my Pop-Pop's letters. They came pretty often and I would tuck them away until I had time to sneak outside and sit in a tree or under the mammoth blackberry bush in the corner of the backyard. In the peace and quiet I'd read the little news of my grandparents life in the south and the encouraging words sent my way. I'd read of how proud they were of me. Oh, how I looked forward to those letters! Twenty years later I still receive them!
When I think of my grandparents I immediately think of all the verses speaking of wisdom in the book of Proverbs and the massive amount of wisdom they have accumulated over their years.
Proverbs 16:31
"Gray hair is a crown of glory; it is gained by living a godly life."
Posted by Me at Sunday, January 28, 2007