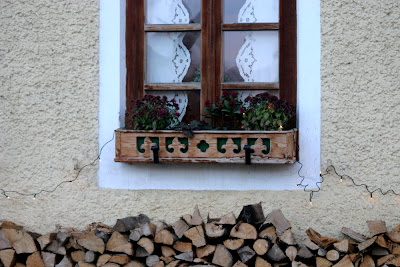 I thought I'd share how we are preparing our children for the mission field. Sean and I have known since before we were married that we would eventually end up living in Germany and we've been raising our children with that same knowledge.

Although not a big fan of the television, we do have several German language DVD's geared towards children which have been great at familiarizing our children with the German language. We also have some sing along cd's in German that I'll play while the children are playing with their toys. 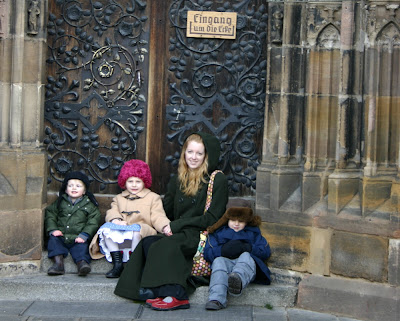 Sean also speaks German and some things and phrases in our home have always been spoken in German. At that baby age when children learn to identify their eyes, ears, nose and mouth we also teach them those body parts in German. As far as home education goes, German is featured in geography, math, language, and anywhere else I can find to squeeze it in. Our oldest two children (ages 4 and 6) know the basic history of Germany, why Germans need the gospel and why they need industry. Since my husband is a businessman, it is our desire to combine business and missions and bless East Germans with the gospel and much needed JOBS!

The best way we've allowed our children to become passionate about Germany is a trip we took there this past December/January. Our four year old, Andrew, is completely taken with the medeival history of Germany and had a ball climbing up to abandoned castles and imaginin

g how the draw bridges used to work and how the invaders would try to scale the castle walls. I lost count as to how many times Annaliese asked if a "real" princess lived in those stone towers. Two year old Aiden was satisfied just to make it to the top of those hills and sit down. His chubby legs did slim out a bit on that trip!


Besides seeing the beautiful countryside, we met some wonderful German people including a German couple who are missionaries within East Germany. They were able to give us wonderul insight into the spiritual and economical culture of Germany. Can you believe Eat Germany still has an unemployment rate of 29%? "East Germany" is still just that. The wall came down, but not much else has changed. I also got a taste of the East German medical facilities when I needed to see a German doctor for an ear infection. It was an experiance. The doctor was wonderful but her equiptment was terribly antiquated. 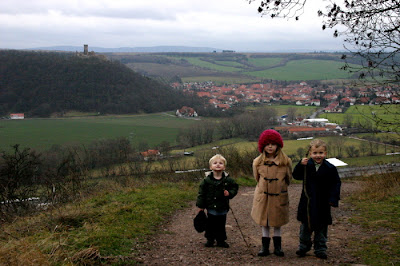 The German family we rented our little house from had three children that our kids played with. It amazed me that they could all barely understand each other yet got along so completely well. We were able to spend many nights sitting around the table having tea and cookies with our hosts, having a wonderful time trying to understand German (Sean understood it just fine).
And the most important thing we can do is pray that the transition into a new culture, a new language will be as easy as possible for them.
Posted by Me at Monday, January 29, 2007

very nice. a few typos though ;) no taking my babies away from me yet!!!

Here is a link related to this by a wonderful preacher: http://www.desiringgod.org/ResourceLibrary/Articles/ByDate/2002/1559_Home_Grown_World_Christians/